On Monday September 10, 2018 a Comet 21P/Giacobini-Zinner will reach closest approach to the Earth at a distance of 0.39AU (36 million miles). This will be the closest approach since 1946 and the comet is expected to reach visual magnitude 7. This is a brightness just outside the realms of naked eye visibility however an ideal target for binoculars. The above image was taken by Michael Jäger on 7 September from Weißenkirchen Austria.

How to observe comet 21p at closest approach

The comet’s orbit is ideal for observing as it lies outside the orbit of the Earth. This means that the comet will be located away from the direction of the Sun as viewed from the Earth. 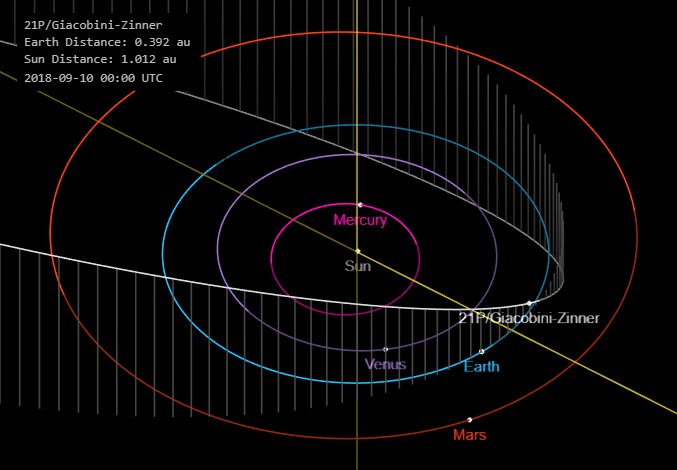 Most bright comets pass the Sun from within the Earth’s orbit making observations during Perihelion quite challenging as the comet will always be near the Sun in the sky (drowned in twilight). 21P however will be visible rising in the Eastern sky shortly after midnight in the constellation of Auriga. As the night moves on in to the early hours, the constellation of Auriga rises higher and higher in the sky. So the later in to the early hours, the better for observation and imaging. The finder charts below illustrate the location of the comet during closest approach. 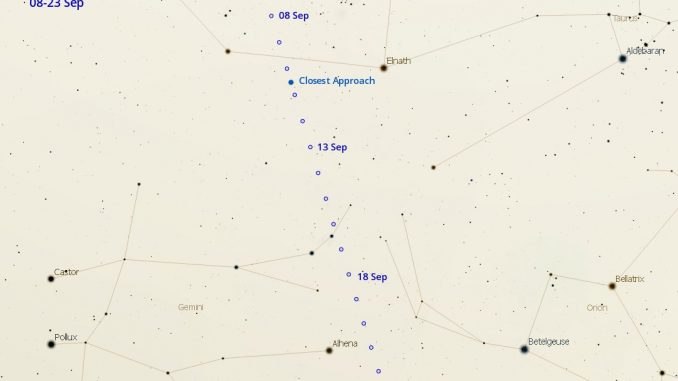