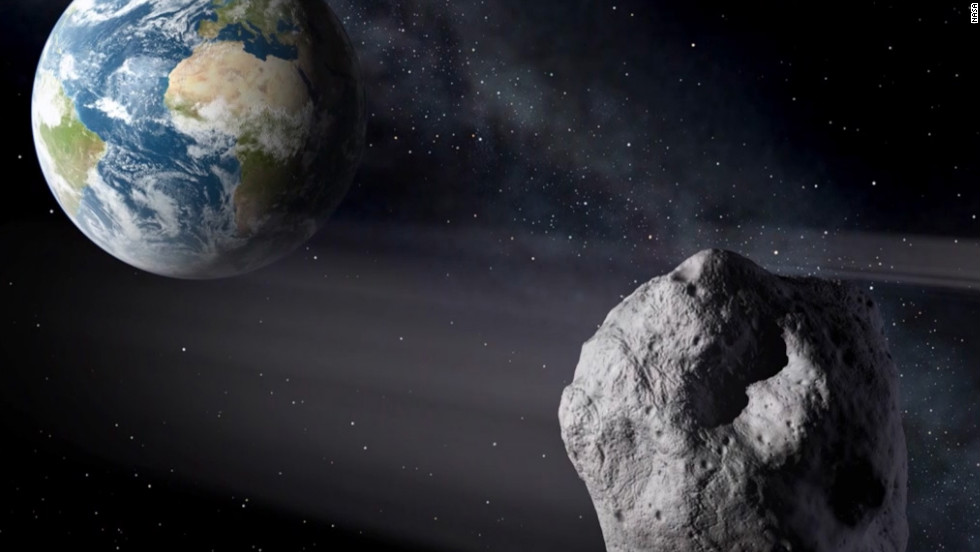 Asteroid 2015 TB145 was first discovered on 10 October 2015 by the Pan-STARRS survey system. The object is thought to be around 470 meters in diameter and expected to pass the Earth on October 31st. As a result of its timing, some astronomers like to refer to the object as ‘Spooky’. The asteroid will pass about 0.0019 AU (or 180,000 miles) from the Moon and then pass about 0.0032 AU (300,000 miles) from Earth. In astronomical terms, this is close but the asteroid poses no threat to Earth. Traveling at 126,000 km/h (78,293 mph), NASA have been quite surprised by its velocity and size not to mention  the fact that an object this size was only observed 21 days before its closest approach.

This is the largest flyby of this size since 2006 and the closest approach by a known object this large until ‘1999 AN10’ approaches within 1 lunar distance in August 2027. We have had closer approaches by asteroids (a few this this month) but none on this scale. As this discovery has illustrated, there may well be further discoveries before 2027.

Several optical observations and radar observations are currently tracking the object at NASA’s Deep Space Network at Goldstone, California. On 31st October, scientists will be hoping to obtain radar images of the asteroid which should reveal a wealth of detail about the object’s surface features, shape, dimensions and other physical properties. NASA suggests that “it will be one of the best asteroids for radar imaging we’ll see for several years…”. Countless other amateur telescopes will no doubt be joining the party at homing in on this fairly faint object. The asteroid will be visible in a modest sized amateur telescope as the object is expected to reach 10th magnitude in Ursa Major at closest approach, however the waning gibbous moon no doubt hinder observations.

On the 31st, asteroid 2015 TB145 will sweep from the constellation of Orion in the early hours swiftly moving through Auriga, Lynx and Ursa Major where it will reach closest approach at 16:59 GMT and move on in to Canes Venatici by late evening. Use the finder charts below to help locate the object for observations.