This spectacular image of Comet 41P passing by spiral galaxy NGC 3198 was taken by Chris Schur, Payson, AZ on 14 March, 2017. This close pass made for a great photographic opportunity. A larger version of the image can be seen here.  The comet is now set to journey right through the centre of the Plough in Ursa Major at the end of the month brightening all the while. A distinctive and well known area of the sky making it easy for amateur astronomers to locate. This area of sky is also circumpolar meaning the comet will be visible all night long, (weather permitting). Another photographic opportunity occurs on the night of 21-22 March when the icy rock passes within 2 degrees of both The Owl Nebula (M97) and spiral galaxy M108. 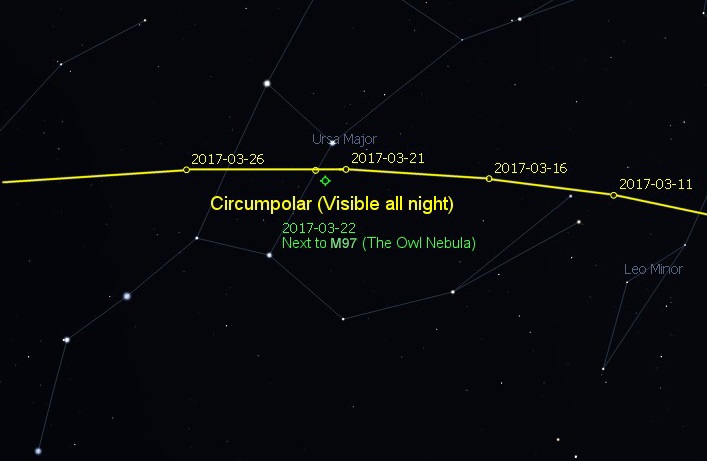 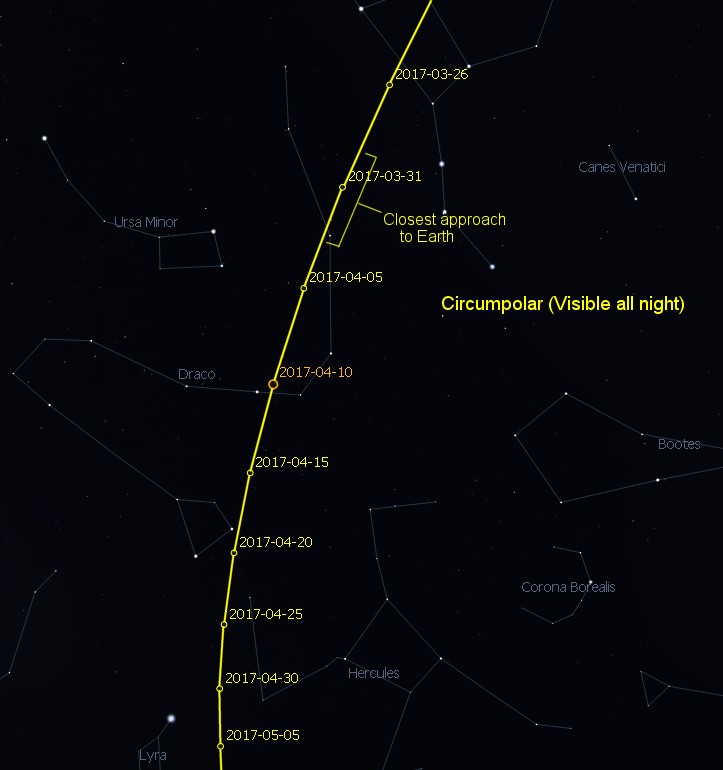 It remains to be seen as to just how bright the comet will become. The light curve at the moment doesn’t indicate a significantly bright naked eye appearance. As the image above shows, there is no tail at the moment either. However, this comet hasn’t reached perihelion yet and it does have a history of outbursts. Closest approach occurs at the beginning of April with Perihelion on 12 April 2017. The comet will remain well placed in the northern sky throughout so it’s certainly one to watch.